By Secretary MSYRG Uncategorized
Despite our submissions to Council during the course of the review of its heritage policy, the resulting draft  failed in our view to achieve the necessary protections for South Yarra. Accordingly, enclosed is our response to that draft dated 3 March 2016. –
Read here – MSYRG Heritage Policy Review response
Following discussions with Councillor Rohan Leppert who we briefed and who took a supportive interest in the issues, a meeting was arranged with the senior planners handling the matter for Council. In particular, the President of MSYRG Michael Butcher and local resident Paul McSweeney, met with Robyn Hellman, who is a senior administrator dealing with Planning Scheme amendments.  Attached is our letter to her dated 16 May requesting specific changes to the draft as it affected South Yarra.
Read this letter here – HellmanLetter16-5-16
We are yet to receive a reply from Ms Hellman, however Councillor Leppert will speak to us at our member’s meeting on 9 June 2016 about these important issues affecting South Yarra. 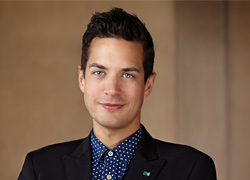 By Secretary MSYRG Local Government, Melbourne City Council, Planning, State Government, Uncategorized
Readers will recall that when the State Government announced a review of the Local Government Act and City of Melbourne Act we lodged a submission in December last year requesting an urgent review of the law relating to the forthcoming City of Melbourne elections to be held in October this year.
The City of Melbourne has its own, unique, Act that governs the way that the COM operates. The Local Government Act covers other non-COM councils.
The MSYRG said we did not want a repeat of the 2012 elections when Mayor Doyle and his team received over $400,000 in donations from property developers and others with the resulting taint of undue influence and corruption.
The usual outcome of this large scale conflict of interest by Doyle ticket councillors is that a quorum at important planning meetings is not achieved because those on the ticket have had to remove themselves from participating in the matter they are conflicted upon. This has the effect that rather than the matter being deliberated by councillors, supported by submissions from members of the public at an open meeting, a relevant planning matter is dealt with administratively behind the scenes by officers of the City of Melbourne. Open discussion is effectively stymied and untoward outcomes ensue.
Ratepayers expect that Councillors will do their job and contribute in a fair and equitable manner to critical council meetings and not be struck out because they have accepted donations from entities that are seeking planning approval from the COM.
Despite further requests from us particularly following the reported offer by Councillor Ong to pay the Lord Mayor $200,000 to be part of his team at the coming elections, nothing has been heard from the Minister for Local Government.
We were eventually able to arrange a meeting with the Minister’s senior local government adviser where we again pressed for change, including to the law relating to donations, but it is now clear no change will be made in time for the 2016 Council elections.
Attached is our further submission relating to proposed changes to certain regulations relating to the coming elections and our letter to the adviser following our recent meeting.
We have also been attending Council meetings that allow questions from members of the public and have been pressing Lord Mayor Doyle to refuse donations from property developers and to to disclose all donations as they are  received. Doyle has refused to provide assurance that he will not accept developer donations and and his responses to this important matter upon direct questioning have been sadly inadequate with much ongoing deflection of central arguments relating to clear and transparent processes.
Our letter to the Minister for Local Government can be found here – Hutchins
Our submission to the State Government re changes to the Local Government act can be found here – SubmissionToStateGovt5-5-16
Love0