In recent years, and particularly 2015, areas of South Yarra have been inundated with persons parking illegally and damaging trees and median strips whilst attending the ANZAC Day Dawn Service. Domain Street has been most affected by this activity. An attempt to dissuade persons from parking on the central median strip and damaging young Tulip trees was made last year by placing large green tree watering bollards on the granitic sand between the trees on the central road islands. These were simply bulldozed out of the way by enthusiastic drivers who then pinned the bollards between the tow bars of their 4WD utes and the trees themselves causing just as much damage. The MSYRG has encouraged the CoM to take the next step and that would be closing off Domain Street for 2 hours around the time of the Dawn Service so as to protect these important public assets. The closure should have no effect on residents who will be able to move in and out of Domain Street between 05:30 and 07:30am on 25th April whilst the road closure to non-residents is in place. With any luck, no further damage will be done to trees and infrastructure by careless members of the public and their automobiles. Some examples of Dawn Service parking prowess demonstrated in 2015 can be seen below. 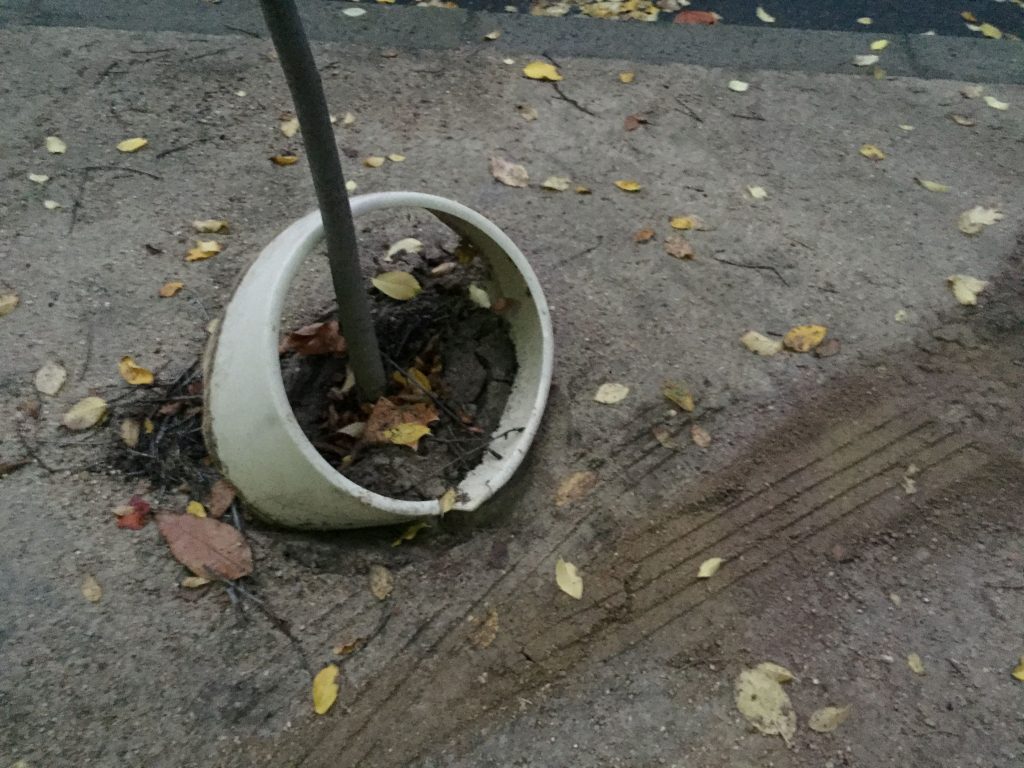 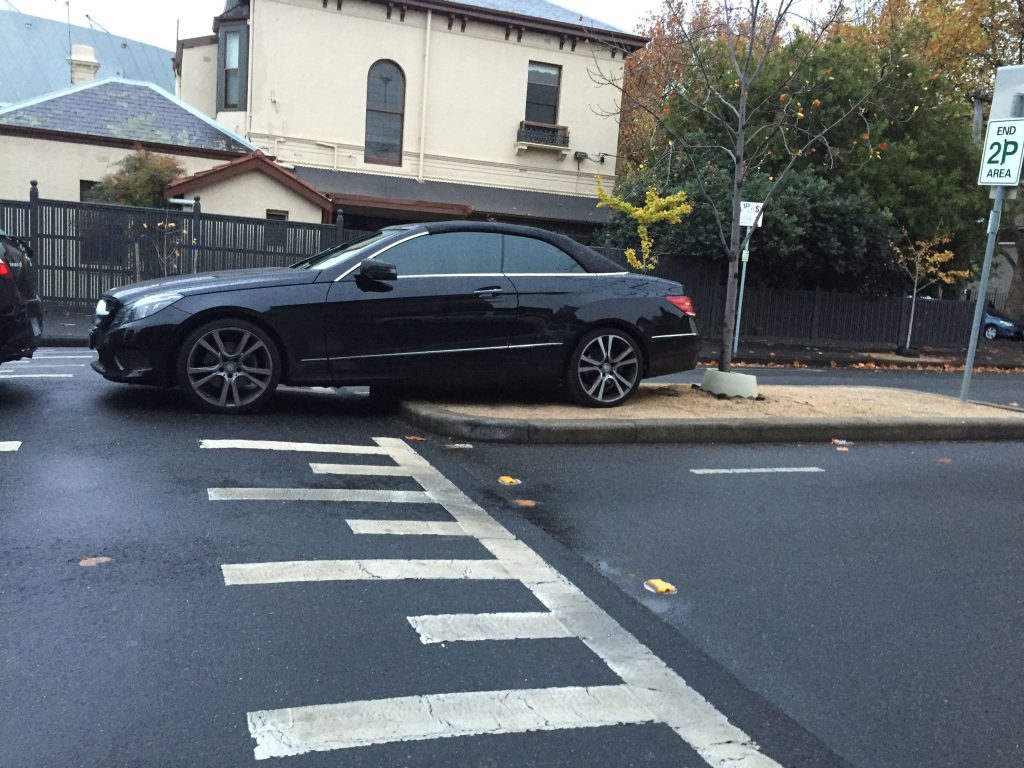 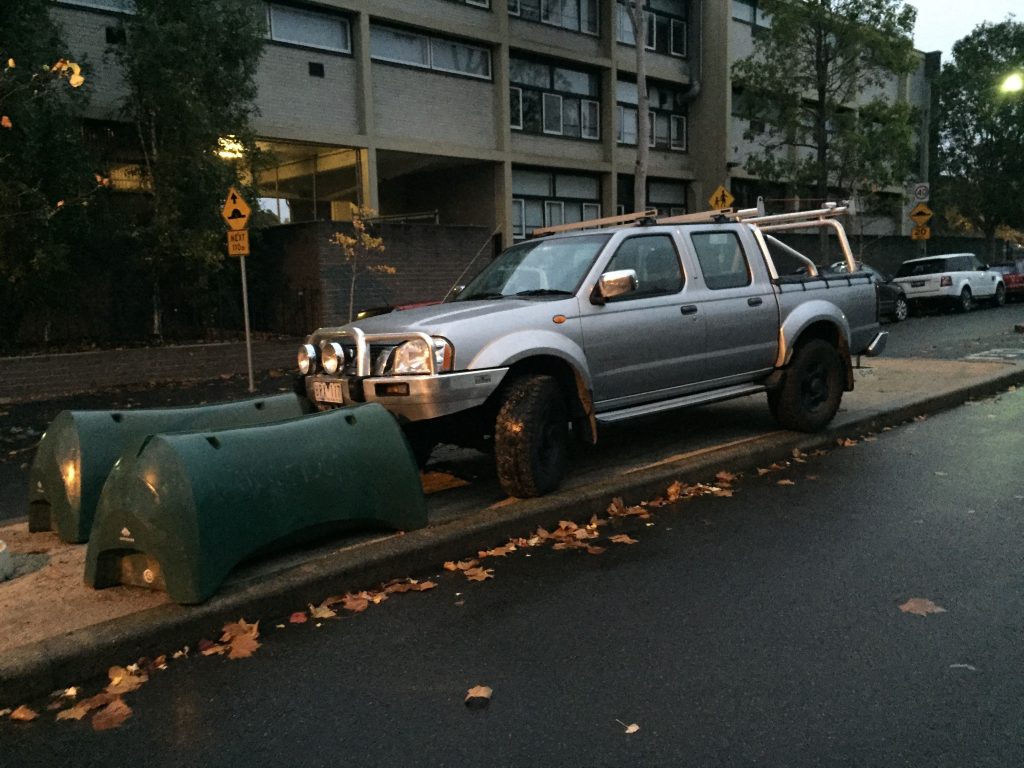 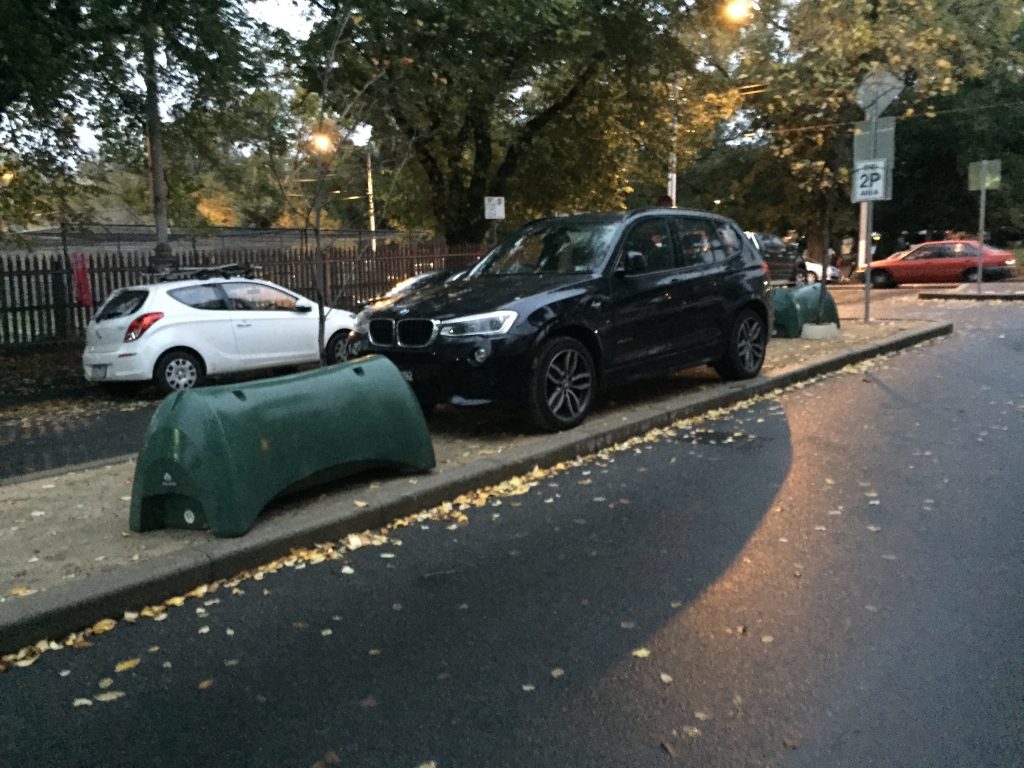 The attached letter from David Davis MP provides details of this meeting to which all residents and interested persons are invited.

This is not a political meeting but one organised by the PUNT ROAD ACTION GROUP/DROP PUNT which is opposed to the proposed widening of Punt Road.

To learn more,  add your views or support the action group you should attend this meeting.

“The purpose of the Advisory Committee is to review the future of the Public Acquisition Overlay (overlay) affecting properties within the City of Stonnington on the east side of Punt Road along the 2.6 kilometres between Alexandra Avenue, South Yarra and Union Street, Windsor by seeking input from affected landowners, stakeholders and agencies and to recommend to the Minister for Planning whether to retain, modify or remove the overlay.”

After two years of deliberation the City of Melbourne (COM) decided on 1 September to ignore the residents extensive objections and submissions in relation to the planning application for this site. The objections were supported by reports of relevant experts. This was manifest by the COM issuing a notice of decision to grant a permit to Christ Church Grammar School to operate a primary school in the Victorian residence on the corner of Toorak Road West and Leopold Street.

The Councillors who approved the “Goodrest” planning application were;

Those who opposed the “Goodrest” planning application were:

It was an extraordinary decision for a number of reasons and another meeting where once again, ratepayers and their interests were treated by several councilors in a discourteous manner at best and with disdain at worst. The meeting was conducted in a manner such that most presenters were not given the opportunity to respond to questions and at times facing some councilors who were talking amongst themselves and not concentrating on the presentation being made.

1. For two years council engineers and planners have been considering and rejecting the school’s application and the school has been making and amending its submission.

2. This rejection was chiefly because of the difficulty in dropping off and collecting 170 young children and the enormous impact that would have on traffic and parking in that already busy part of Toorak Road. The impact would particularly affect local residents in Leopold Street which is unidirectional towards the school and very narrow.

3. For two years local residents have been objecting and submitting expert traffic reports explaining these difficulties in clear terms.

4. Then, within the past few weeks, the school amended its application once again by removing two pedestrian gates in Leopold Street and, to our surprise, negotiating with VicRoads for the provision of five additional parking places on the SOUTH side of Toorak Road outside the Senior Citizens building – approximately 240 metres away. A substantial walk for young children (some pre-school age) and requires crossing an arterial road. There will be additional competition for those new spaces by the pre-existing kindergarten at that very location. It is difficult to fathom that this practically irrelevant provision tipped the Council engineers into support!

5. The removal of the gates does not change the fundamental, and in our view, unresolvable, traffic and parking problems and neither do the additional parking spaces that are unlikely to be used because of the danger of getting young children across the busy road.

6. Nevertheless, for reasons that are in our view unsustainable and unexplainable these two additional and irrelevant changes were enough to persuade those engineers and officers to completely change the view held for the previous two years and recommend approval of the application notwithstanding that in their evidence they were far from confident about the outcome

7. As the officer’s report made it plain that it was these two changes that overcame two years of opposition, an understanding of this and the history would lead any responsible body to the inevitable conclusion that these changes were irrelevant, that the recommendation should not be accepted and that the application should be rejected on the basis that the use of the property for this purpose was unworkable in this residential area.

Over 50 residents attended the council meeting, all except 2 of whom where objectors. Fourteen objectors made verbal submissions. As has been the case on previous occasions, several councillors paid little attention to residents making their submissions and generally gave every indication that what residents were saying was of little relevance or interest to them.

There is an expectation from ratepayers and those presenting at such a meeting that councillors will remained focused and attentive to the task at hand and that chatter between councilors, moving about the room and interacting with portable communications devices is prejudicial to the satisfactory performance of that duty. .

When the offending councillors did have the opportunity to speak to the meeting, it was not to deal with the critical traffic and parking issues but to raise irrelevant issues or make a disparaging remark or implied threat about losing resident parking rights if their opposition went any further. Local residents were justifiably concerned about the issue, had given the matter substantial thought and responded carefully. Regrettably however, several councillors treated them disgracefully.

Residents left the meeting unhappy and angry not just about the decision but about the dismissive and discourteous way they and their views were treated. While the Mayor regularly warns those in the audience about treating speakers courteously, the same rule seems not to apply to councillors.

The City of Melbourne turnaround has ignored residents concerns and in the process Crs Ken Ong and Stephen Mayne threatened to withdraw residential parking permits.

For the last two years the City Council engineers and planners have opposed the establishment of an early-learning centre, on the Corner of Toorak Road West and Leopold Street South Yarra,  supporting residents concerns in relation to traffic management, parking and heritage.

Last nights decision to support the development has come as a surprise given that very little has changed to address the problems foreseen with the proposed development with no net gain to the amenity of the area.

Goodrest is one of South Yarra’s most prized heritage assets, located within a residential neighbourhood zone the proposed construction of a 26 underground car-park with car entrance off Toorak road, demolition of residential apartments at the rear and the construction of a new Commercial building in its place.

Only Two Councillors (Cr Beverly Pinder-Mortimer and Cr Kevin Louey) met with residents on site.  Both indicated at the time they would be opposed to the granting of a planning permit. Cr Louey later voted to approve the development whilst Cr Pinder-Mortimer maintained her position and concerns over safety.

Cr Richard Foster spoke passionately in opposition to the granting of a permit and Cr Jackie Watts who did not attend the meeting on September 1 has also privately indicated that she was opposed to the development.

Yarra Trams will be performing essential tram track maintenance work in your residential area on Saturday 28 March continuing until Tuesday 31 March 2015. This occupation will occur on Toorak Road, Park Street and Domain Rd.

Please see attached a letter that was delivered to residents and Traders in South Yarra on 12 March 2015 and a traffic detour map showing the work zone.

If you need any further information, please let me know.

UPDATE: This issue has been resolved

Engineering Services writes to advise the Association of a traffic management
proposal designed to improve general amenity and pedestrian safety in Millswyn
Street, Domain Street and Hope Street to alleviate the unnecessary infiltration of
truck trips into the local street network.